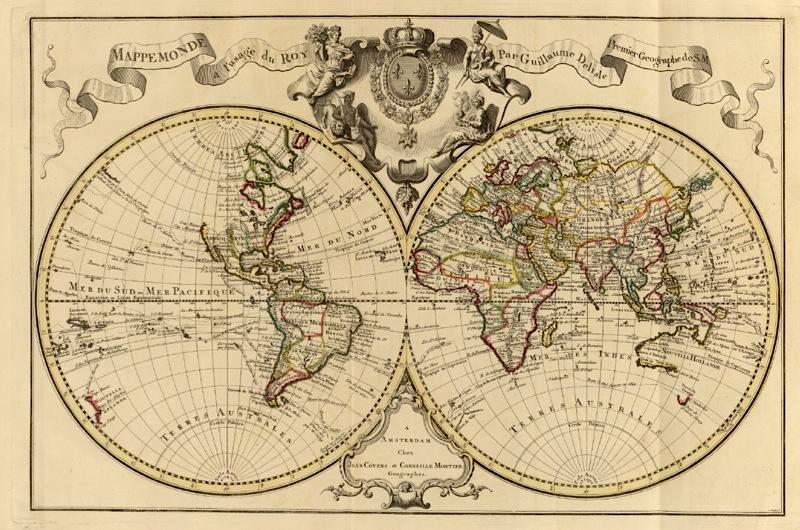 Annice Parrish was in her 70s and I was 13. She and my grandmother lived in the same nursing home, which I visited every day after school, but they were in different rooms and in different places in their lives. My grandmother was gravely ill and conversation was sparse. Annice was spry and spunky, and full of great stories. When grandma was sleeping or receiving care, I would see if Annice was up for a visit.

Annice’s room had something no other room possessed: An old, brown map of the world, hung by a simple wooden frame. Stickpins with colored heads marked where she’d been and how many times. Lying atop the blankets on her twin-sized bed, she propped one leg over the other knee and bounced her foot energetically as she smacked her lips between sentences.

Her memory was as sharp as her body was nimble. I was as mesmerized by the places she’d explored as I was her recollection of detail. She remembered what she had paid for a Coke on an Alaskan cruise in the 1960s, and why she returned to Australia twice. (Koalas.)

I don’t know how many times I looked at that worn map on the wall, checking her legend to see what the yellow pin meant versus the red one. But I do know that meeting its owner in my youth would shape my own expeditions.

At age 18, I traveled alone to the Philippines for a six-week encounter in a remote barrio. The family I lived with and the encounters they provided are etched deeply in my soul. At 19, I spent two summer months in west Africa, a truly miserable experience for a multitude of reasons, but one I would not exchange for the world. The combination of dysentery and malaria nearly claimed my life, but it never stole my passion for travel to remote areas of the world.

Those two early international immersions built in me a craving for seeing what life is like for people living in underdeveloped nations – and removing myself from the comforts and distractions of the “first world.”

Later into adulthood, I again sought exposure to different foreign lands. In El Salvador, I accompanied an American nun to the local hospital with a man suffering agonizing pain, and watched her advocate for his care despite his ability to pay for it. In the remote Guatemalan highlands where Mayans still live in distant history, I witnessed the care of and support of neighbors for one another, celebrating new possibilities as homes received clean-burning cook-stoves that they’d learned would improve their children’s health. In the Dominican Republic, a woman farmer in her 70s led my group in a hike to the top of her mountain to show us how well her crops were doing with the new techniques she had implemented that are better for the sustainability of the land and better for the economy of her community. At the U.S.-Mexico border, I walked through the desert and saw where hundreds of migrants die every year, and witnessed the compassionate work of a Jesuit priest who serves migrants who’ve returned to the Mexican side after denied entrance to the States.

I never weary of these opportunities to meet such incredible people and hear their stories. I never tire of putting pins in my map, so to speak, just as Annice had done 30 years ago.